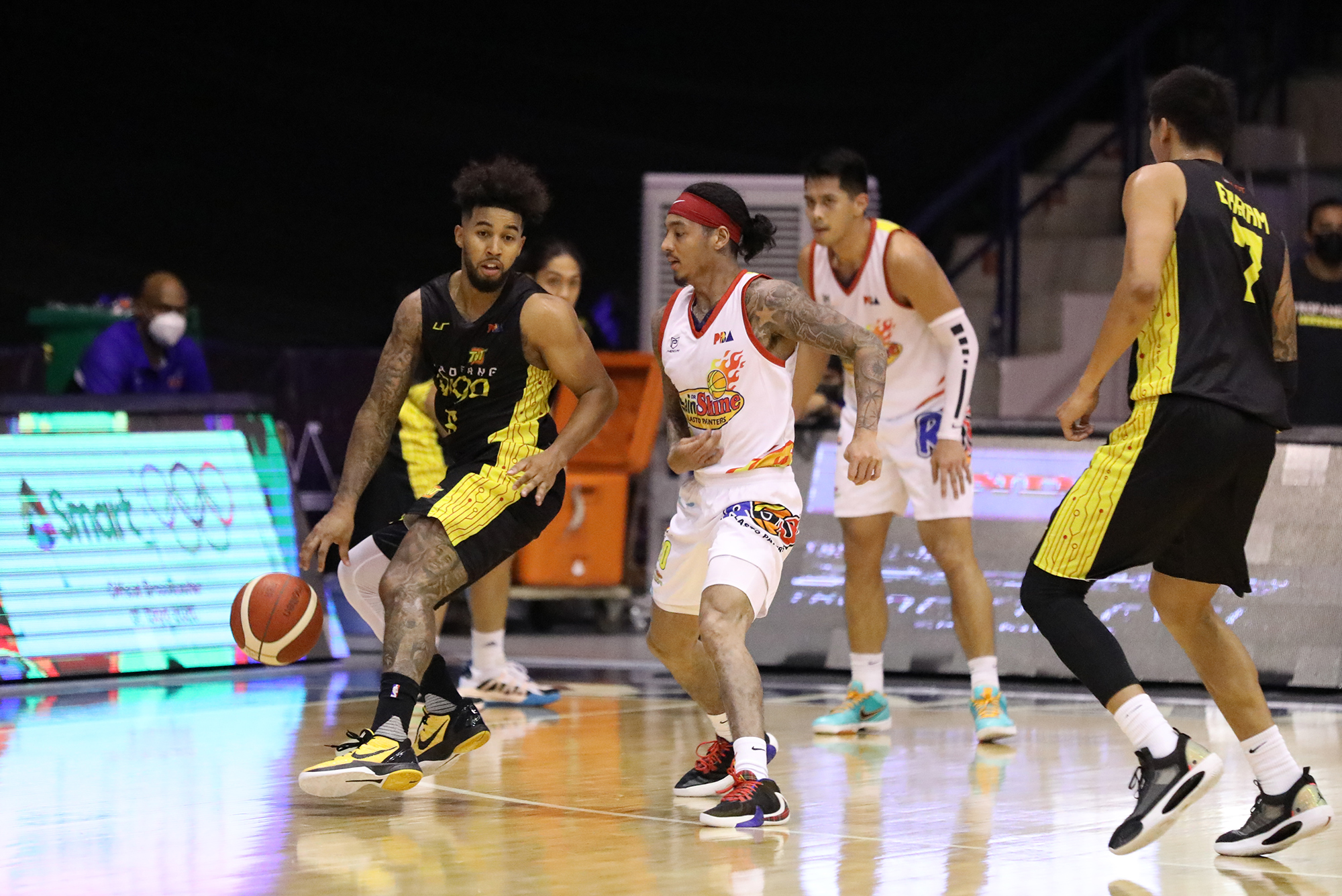 After two weeks of inactivity due to their four players testing positive for Covid-19, TNT Tropang Giga returns and gave Rain or Shine ElastoPainters their second straight loss in the PBA Philippine Cup.
Troy Rosario had a great performance as he tallied a double-double, 13 points and 14 rebounds. Roger Pogoy also contributed 13 points. Mikey Williams didn’t play well in his PBA debut. He scored 7 points and shot 2 out of 10 from the field. Glen Khobuntin recorded 10 points, 5 rebounds and 2 assists. TNT’s game today is the schedule change made by the PBA Board after all Tropang Giga players and staff underwent testing and quarantine for 2 weeks.
Rain or Shine, on the other hand, failed to bounce back from their 48-point loss to the Alaska Aces

Javee Mocon led Elasto Painters with 22 points, 5 rebounds and 3 assists. Mark Borboran added 12 points, 3 rebounds, with 2 out 3 shooting from beyond the arc. Rain or Shine fell to 3 wins and 2 losses after their back-to-back losses to Alaska and TNT. They had three straight wins to open the 46th PBA season. Rookie Franky Johnson had 7 points and 3 rebounds in his PBA debut.