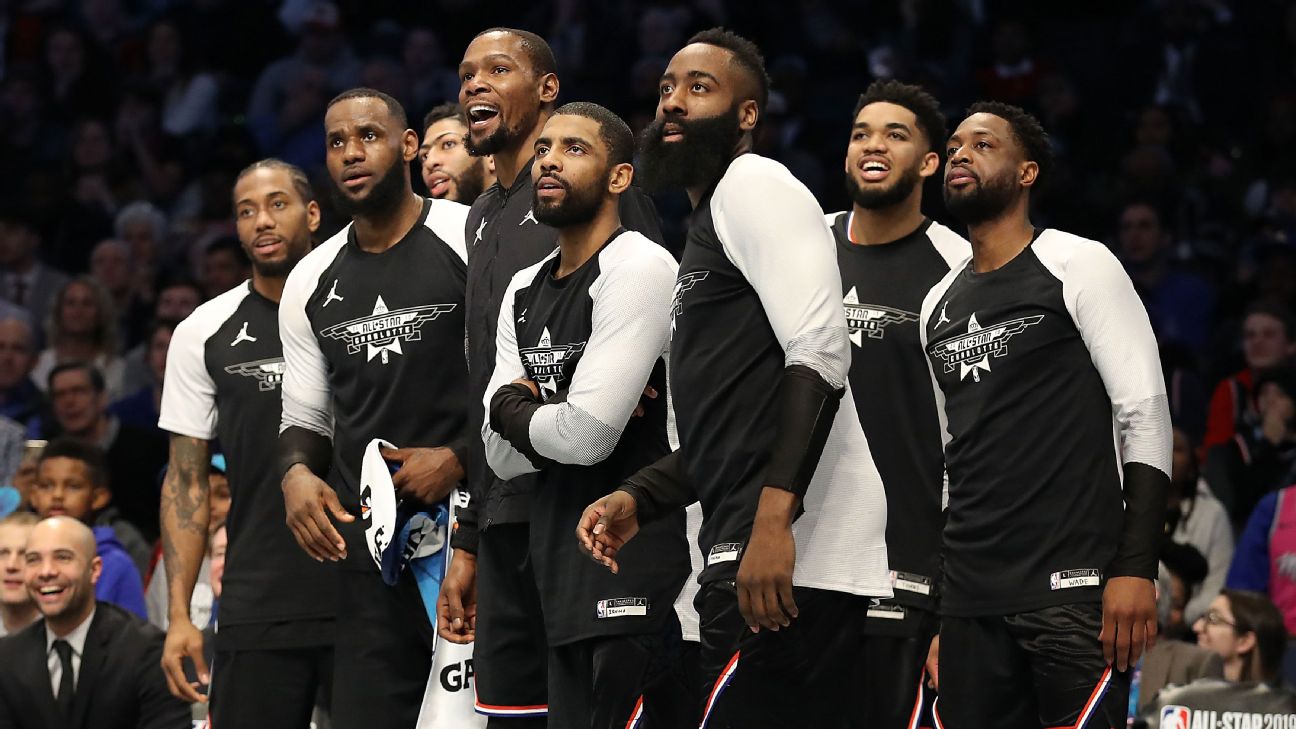 If things stay the same, it's going to be Team LeBron versus Team KD in the March 7 National Basketball Association (NBA) All-Star Game in Atlanta.

Once again, LeBron James of the Los Angeles Lakers is the leading vote-getter in the Western Conference based on the first fan voting returns released by the league. The four-time league Most Valuable Player (MVP) has accumulated 2,288,676 votes in the initial voting and is being followed by Denver's Nikola Jokic's 1,477,975 in the West's frontcourt race. James' teammate, Anthony Davis, is running in fourth with 1,192,881 votes.

Steph Curry of the Golden State Warriors is leading the race in the West's guards with 2,113,178 votes while Dallas' Luka Doncic is in second place with 1,395,719 votes. Surprisingly Klay Thompson, whose last official NBA game was Game Six of the 2019 NBA Finals, still managed to get 99,094  votes.

In the Eastern Conference, Brooklyn's Kevin Durant is leading the frontcourt race with 2,302,705 votes followed by Giannis Antetokounmpo's 1,752,185 votes. In the East's guards, Bradley Beal is leading the way with 1,273,817  followed by the dynamic backcourt duo of Kyrie Irving and James Harden with 1,093,611 votes and 1,014,763 votes respectively.

Photo is from ESPN