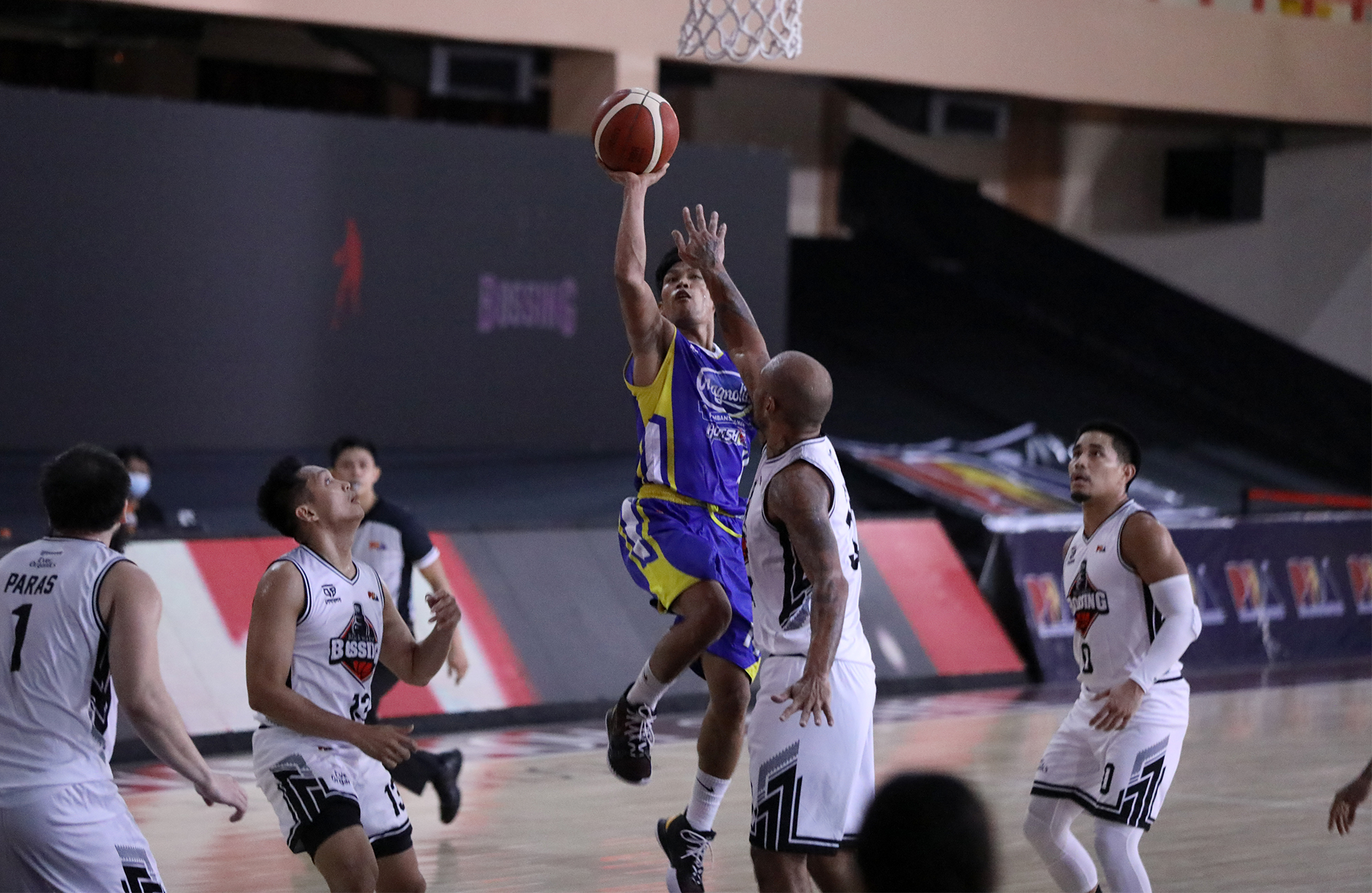 Magnolia bounced back from their Wednesday meltdown to Meralco in a convincing fashion, routing Blackwater for a 94-78 win to open the Friday tripleheaders of the PBA Philippine Cup at the DHVSU Gym in Bacolor, Pampanga.

Balance scoring became the key for the Hotshots of mentor Chito Victolero, with five players hitting double figures as they bucked a slow start and made sure in protecting a big lead to go 5-1 for the tournament, good for second in the standings behind unbeaten TNT.

Ian Sangalang and Mark Barroca lead the way for Magnolia with 16 points apiece, with the guard having a more efficient line off the bench by hitting 66% (6/9) from the field and adding seven assists for a plus/minus of 20 for the game.

Paul Lee and Calvin Abueva added 15 and 14, respectively and rookie Jerrick Ahanmisi also joined the fray by adding a dozen off the bench for the former Grand Slam winners, who were made to sweat in the opening frame when Blackwater took an early 10-point lead thanks to a 9-0 blitz.

With their stinging defeat to the Bolts still fresh in their minds, the Hotshots went to work and pulled away in the middle quarters for good with their own 9-0 run, stretching their lead to 70-51 on Barroca's free throws late in the third.

"Talagang frustrated kami after ng game. It's a good and bad," said Pistolero on their loss last Wednesday.

That 19-point cushion was enough to withstand the Bossing's late charge in the final frame, but Blackwater cannot break the 10-point barrier that doomed them in the endgame.

Big man Kelly Nabong has his double-double of 19 points and 14 rebounds went down the drain for the beleaguered Bossing, who fell to 0-6 in the conference and were on course to miss the postseason for the third straight Philippine Cup.