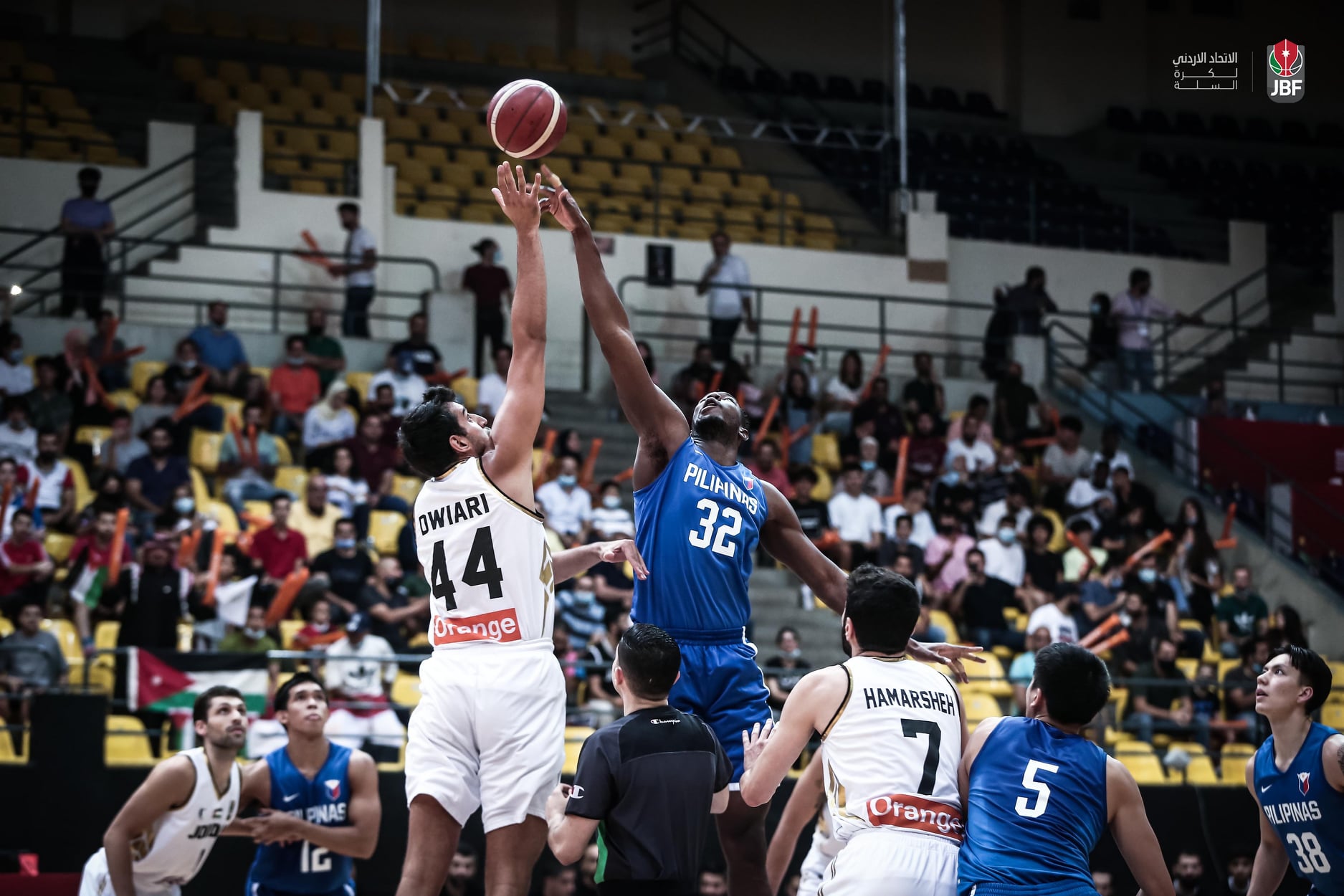 On the final game of the preliminaries, the main squad of Jordan secured the second seed in the King Abdullah Cup after a show-stopping display against a game Philippines, taking a huge 84-72 win in front of a loud Prince Hamzah Sports Hall in Amman Friday evening (Saturday morning, Manila time).

After being caught by a solid first half by the visitors, the Falcons cooked up a huge third quarter assault, leading by as much as 17 in the final canto before they took the higher seed by finishing 3-1, and more importantly, get a huge psychological advantage against a youthful Gilas side that ended their elimination campaign at even 2-2 as they meet again 24 hours later in the knockout semifinal.

In the other bracket, top-seed Egypt were stung by fourth-seed Tunisia, with the latter get a huge mental edge with a 68-55 result in the curtain-raiser.

Showing why he is a EuroLeague veteran with Fenerbahce Istanbul, center Ahmad Al-Dwairi (also known as Ahmet Duverioglu) fired in a game-high 23 points and added 9 rebounds to lead the Jordanians.

Al-Dwairi’s front court partner, forward Cameron Forte added a double-double of 23 points and 11 rebounds en route to his game-best index rating of 26, with the pair were combined for 64% field goal shooting for the contest.

Displaying his quality, Al-Dwairi turned the anticipated face-off with Ange Kouame into a mismatch, with the former outscoring the Ateneo big man by 18 in the process.

The towering pair, alongside the backcourt tandem of Freddy Ibrahim and Amin Abu Hawwas (12 points apiece), formed a huge chunk in the starter scoring, where they outscored Gilas’ first five 72-23 despite losing the battle of the bench by 37.

Despite Gilas having shot more threes (12/32 for 37%) than Jordan, the gap in the frontline became evident with the former won the inside game by firing in 50 points in the paint, compared to the Filipinos who only muster for 14.

Leading the second unit, Jordan Heading had 15 for Coach Tab Baldwin, who had faced his former team for the very first time, almost a decade since leading them to a runner-up finish at the 2011 FIBA Asia Championship.

Helping the former Alab sniper was Carl Tamayo, who put up 14, and Rey Suerte who had 13 for the visiting squad, who had a five-point lead heading into the half.

But that lead did not even last long at the restart, when the home side unleashed a huge storm when they opened with an 11-0 blitz to open the second half en route to their 31-point third quarter that became the pivotal moment of the game.

It was another game to forget for Thirdy Ravena as he was held to just four makers, with Will Navarro and Dwight Ramos ended up scoreless as the Jordanians swarmed them with their unforgiving defense as they were punished for it, with Jordan scoring 21 points off 17 Gilas turnovers.